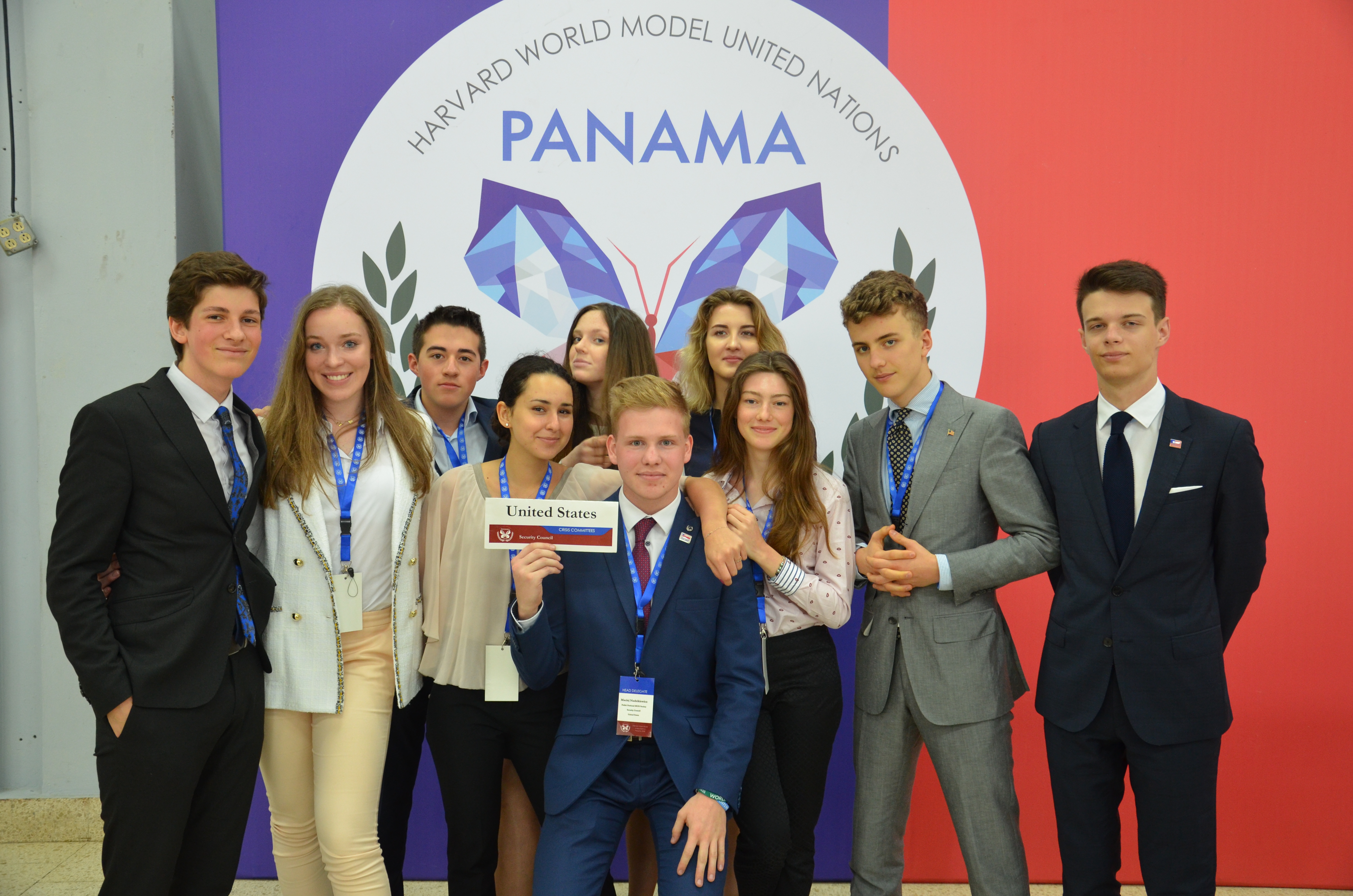 Our team members have traveled to Panama to represent the United States at the annual Harvard World Model United Nations conference, taking place this year in Panama City.

World MUN is the largest and most prestigious model UN conference on the planet and it takes a lot of experience and skill to form a considerable delegation to represent one of the major countries. Our team had the opportunity to spend several days in an intellectually stimulating atmosphere with the world’s most active and competent youth, building relations that will last a lifetime and contribute to building international trust and cooperation. We have also managed to get state and private support for this project, which enabled us to turn it into a success that it unarguably was.

We would like to thank Krajowy Ośrodek Wsparcia Rolnictwa for providing us with resources to put up a Polish Pavilion at the International Night that turned out to be one of the most popular national culture attractions of the entire event.

Fostering a change inside young people’s minds is as important as integrating them with other like-minded individuals all around the world. We believe that the future of the largely understood democratic world lies in the quality of relations and trust between its political, business and NGO leaders. There is no better way to build that trust than to invest in it early. We have assembled a team of nearly 20 Polish high school and university students and successfully applied to represent the United States, arguably the most prestigious assignment, on the world’s largest Model United Nations conference. Our Chairman of the Board, Maciej Nadzikiewicz, was recognized by the Secretary-General of the conference for his dedication to the Model UN.

We congratulate our members on this remarkable achievement and wish them all the luck in the future!