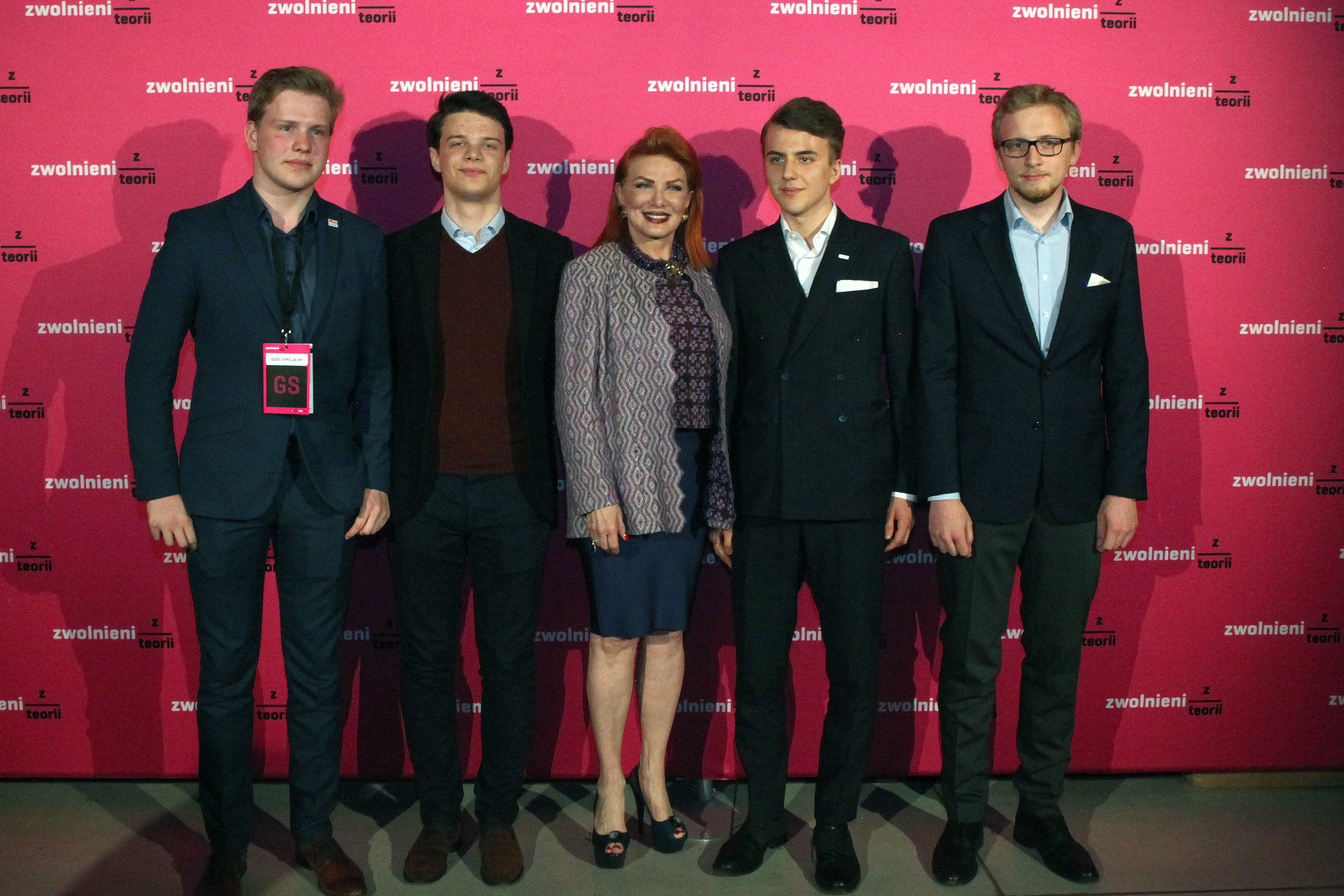 Meeting with the Honorable Georgette Mosbacher

During an official finale of the Exempt from Theory social project management olympiad, our representatives had the honor of meeting The Honorable Georgette Mosbacher, the American Ambassador to Poland. Upon exchanging remarks about Foundation’s cooperation with the US Embassy and the state of Polish enterprise opportunity for young people they posed for a photo, after which Madam Ambassador wished them the best of luck and expressed certainty that they would meet again in the future.

HE Mosbacher was delivering opening remarks as a special guest at the ‘Exempt from Theory’ finale, while the Rajchman Foundation was present as a former participant and laureate of the previous editions of the competition.