Ludwik Witold Rajchman was a Polish-Jewish physician and bacteriologist, diplomat, champion of human betterment throughout the world, founder and first chairman of UNICEF.

His extraordinary life began in 1881 in Russian-occupied Warsaw. He was born to a family of Christianized Polish Jews. From an early age, Ludwik showed his commitment to the cause of improving society. In his teenage years, he and his sister Helena were involved in spreading basic education among working-class youth. He later joined the independence-oriented, underground Polish Socialist Party. For involvement with the movement he was arrested and briefly deported into exile by the Russian authorities. During his subsequent medicine studies in Kraków he discovered a passion for bacteriology, which he later continued developing in Paris and London. After Poland regained independence in 1918, Rajchman came back to the country to create the National Institute of Hygiene and become its first director, a position he held until 1931. A century later, the Institute continues to be an important Polish research and policy center. He tirelessly fought numerous epidemics that devastated Eastern Europe right after the Great War. As an appraisal of his successful efforts, he was nominated to set up and head the League of Nations’ Health Organization, a predecessor of WHO and one of the League’s most successful undertakings. One of Rajchman’s most notable occupations at that time was his work on disease containment in China, where he became very close with Chiang Kai-Shek. As a vocal critic of the rising Nazi dominance of Germany, he resigned from his international positions at the League of Nations as a protest against LN authorities’ appeasement tendencies. Rajchman then became intensively engaged in helping the Chinese government resist Japanese invasion, often acting as an emissary and lobbyist in the United States. 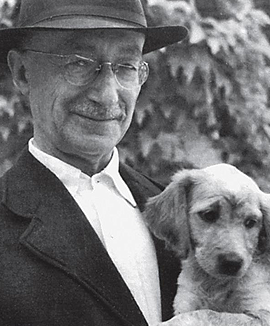 He had a marvelous brain, a marvelous character; very good administrator, very good oh broad principle; very good on detail; great understanding and great application of his whole mind and personality to the job at hand, and no one could have contact with him without feeling they had met a great man, who knew what he wanted and how to get it.

When the Second World War erupted, Rajchman once again decided to come to his country’s service. He accepted a position of an emissary of the Polish government-in-exile, looking for support of the US government, protecting the rights of Polish refugees, as well as continuing to advise the Chinese government. When Nazi Germany invaded France, his family that lived there since 1938, had to flee to Spain because of their Jewish roots. In 1943 he co-founded the United Nations Relief and Rehabilitation Administration and since 1944 sat on its board. It was also the time he made a difficult decision to separate politically from the fading Polish government-in-exile and enter into an uneasy agreement with the new, communist authorities, as an only way to continue helping the millions of people struck by poverty and disease, both in Poland and abroad. Thanks to his efforts, the UNRRA relief action reached Poland, putting the foundations of a revival of a proper standard of healthcare in the devastated country.

Around the end of 1946 a decision to terminate the UNRRA was announced. It was then that Ludwik Rajchman made one of his most important and certainly most well-known contributions to the world. He publicly called for the creation of a fund for relief of children affected by the war. Thanks to Rajchman’s initiative, on 11 th December 1946, the UN General Assembly created the United Nations International Children’s Emergency Fund, with Rajchman as its first director. During his tenure, which lasted until 1950, UNICEF became a prosperous institution and an important part of the newly-created international institutional framework. Rajchman resigned in 1950, as a protest against the isolation of the communist government of China. Despite his years-long relation with Kuomintang, he called upon UNICEF to recognize the Beijing government in the place of Taipei. He believed in an urgent need to break the barrier between communist China and the world in order to get the international relief action to the millions of Chinese children who desperately needed it.

In his later years he continued to represent Poland in UNICEF, as well as engaging in other healthcare-related initiatives. While living in France, he was a frequent visitor to Poland, where, despite his sometimes-uneasy relation with the communist government, he was widely appreciated by the medical community. He passed away on 13 th of July 1965 in his manor in Chenu, France. He was awarded with several Polish and foreign orders and is commemorated in public buildings in Warsaw and Paris, although his memory is largely obscured today. He remains a model of a civil servant, whose commitment to the betterment of humanity always stood before politics and vested interests.

The story of his life became our inspiration and the values he championed – a model for the future generation, a model that we need now perhaps more than ever. Ludwik Rajchman was a modern, enlighted statesman and internationalist. His philosophy went ahead of his times and conformed to a standard that only after the Second World War started to be internationally recognized. His belief in international cooperation, human dignity and irrevocable rights to life and safety are something that we believe needs constant promotion and protection – as an only way of saving the world from sliding down again into violence, savagery and destruction. His personal qualities are an embodiment of what a citizen of the 21 st century should be – a patriot, an internationalist, a humanist, and a believer in common good as the ultimate value. Ludwik Rajchman’s mission knew no end, because he knew that what we achieved, we cannot take for granted. We believe that his lessons can guide us in fostering a new generation of citizens and leaders who will responsibly take care of the world our predecessors have built and improve it, before passing it to their children.